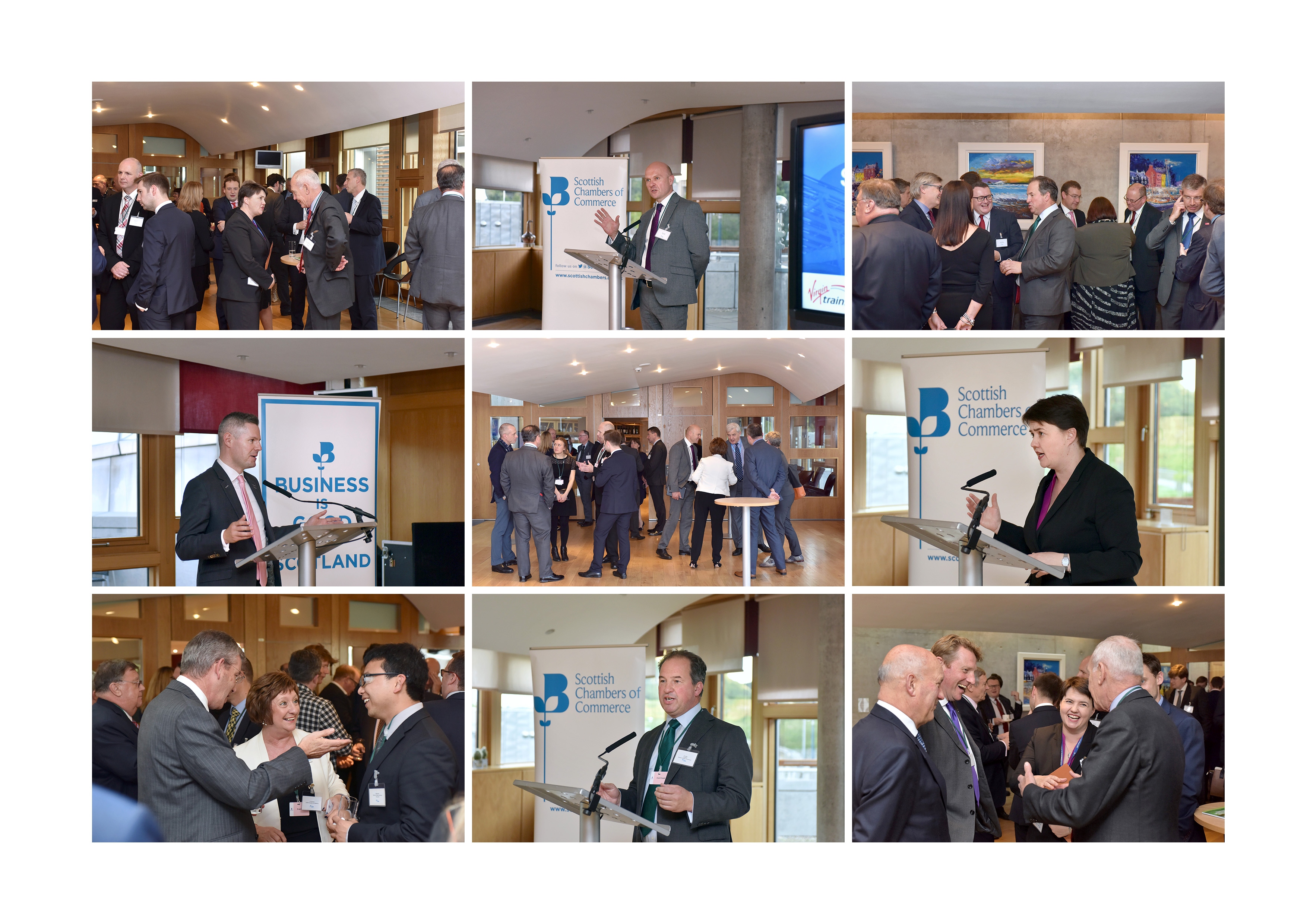 Leaders from Scotland’s main opposing political parties came together on Thursday (21st September) in a pledge to work together with the Scottish Chambers of Commerce to heed the concerns of business and prioritise economic growth.

The Scottish Chambers of Commerce Network held its Annual Scottish Business Reception on Thursday, hosted by Scottish Conservative leader Ruth Davidson MSP, and addressed by Derek Mackay MSP, the Cabinet Secretary for Finance and the Constitution.

The reception was the second milestone event of the week for the Chambers network, which two days previously hosted the Chinese Ambassador to the UK, HE. Mr Liu Xiaoming at a dinner for 200 Scots business people in Glasgow.

In his speech to the gathering of business people and politicians in the Scottish Parliament, Scottish Chambers of Commerce President Tim Allan called for elected members at all levels to put business first and to do all in their power to make Scotland a competitive place to do business.

Tim Allan said: “Scotland’s businesses are the creators of our jobs and our wealth.  Collectively, they are the engine which grows our economy, pays for our essential public services and provides the opportunities for our people to reach their potential.  It is essential that all of Scotland’s politicians from across the political spectrum understand this and deliver policies that support business growth and competitiveness.

“Scotland’s politicians must work hard to understand the issues facing businesses in their constituencies and regions, but with an active network of 26 local Chambers of Commerce across Scotland, our network is seeking to make that task an easy one.”

Ruth Davidson MSP congratulated the Chambers on the success of its China initiative and said that, after a period of successive elections and referenda, the three and a half years before the next Scottish Parliament election were an opportunity for business, led by the Scottish Chambers of Commerce to “put their heads above the parapet” and voice their concerns and needs to their elected representatives. “Politicians whatever their strip should do everything they can to help business.”

“Business, entrepreneurship, the ability to help build and grow is virtuous in and of itself, it helps the country, it helps our young people to have opportunities and it is a public good. There is a shared belief across all the parties that we all have a role in oiling the wheels and getting the Scottish economy moving.”

Responding for the Scottish Government, Derek Mackay MSP described the Chambers as “a force for good”, and his own government as “pro-business and pro-growth” he said: “There is a great deal of agreement [with Chambers] around the skills agenda, around employment, around the fair work agenda, infrastructure investment, internationalisation and empowerment. We appreciate all of the great work you do nationally and locally in mentoring and supporting SMEs.  Your work is absolutely invaluable.”

Liz Cameron OBE, chief executive of the Scottish Chambers of Commerce said: “We are grateful to Ruth Davidson and to Derek Mackay for joining us at our Business Reception, and are very encouraged by their words of support for the Chamber Network.

“We sensed a renewed mood of constructive engagement between business and government, firmly placing the economy at the centre. We will continue to work hard to play our part in making Scotland the best place to do business and all Governments will be measured by the impact of their decision making.”