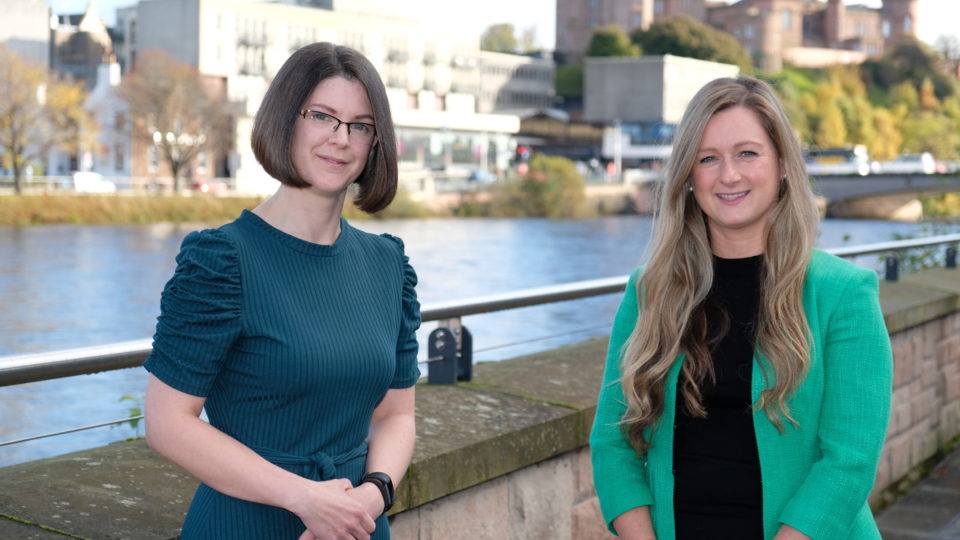 Two accountants who cut their teeth with a local firm have been promoted within.

Ritsons Chartered Accountants & Business Advisors which has five branches throughout the North East prides themselves on transitioning staff through the firm.

Laura Green who works in the firm’s Elgin office has become a Partner after joining the business in 2004 and Inverness-based Gemma Palombo has been made an Associate.

Laura who is from Forres said she is delighted with her promotion but admitted accountancy was never originally on the cards.

“I never went to college with the intention on becoming an accountant. I looked at administration, however, I found a real affinity for accountancy and that just grew and I ended up doing a HND at Moray College.

“I joined Ritsons as an accounts assistant and I worked and studied to become a qualified chartered accountant in 2010. In some ways, taking this route was tough as I was working and studying at the same time but equally, I think I learnt more that way as I was able to put what I was learning into practice and I had the input and support from my colleagues.”

Speaking of her promotion she added: “The partners are showing a lot of confidence in me and I am ready for this new role.

Gemma Palombo who has become an Associate and joined the company with an MA (Hons) in Accountancy from Heriot Watt University also had to learn on the job.

Gemma who works in the Inverness office said: “I graduated in 2006 and came home to Inverness where I secured a training contract with Ritsons. In 2010 I qualified as a chartered accountant and like Laura I was learning and working at the same time.

“A lot of my family have a background in accounting and I really liked maths and accounts at school so it was a natural thing for me, although I did toy with the idea of being a jet fighter pilot at one point.”

Gemma who loves cycling and hill walking added: “I feel very privileged to have been asked to become an Associate and I am glad of the opportunity.”

Deborah Newton, one of five partners with Ritsons said: “The firm’s ethos is that we endeavour to take on students and develop them professionally in line with the firm’s culture. It’s really satisfying to see students progress to higher levels within the business and be able to support them through that journey.

“It also gives us loyalty. We remain committed to the students whilst they are training and in turn they remain loyal to the company which is great for our clients as they are able to build up professional meaningful relationships.”

She added: “We are delighted with Laura and Gemma’s new roles and their advancement through the firm is testament to their hard work and our continued support and commitment. We have every confidence in them.”

Pic: From left: Laura Green has been promoted to partner and Gemma Palombo has become an associate.